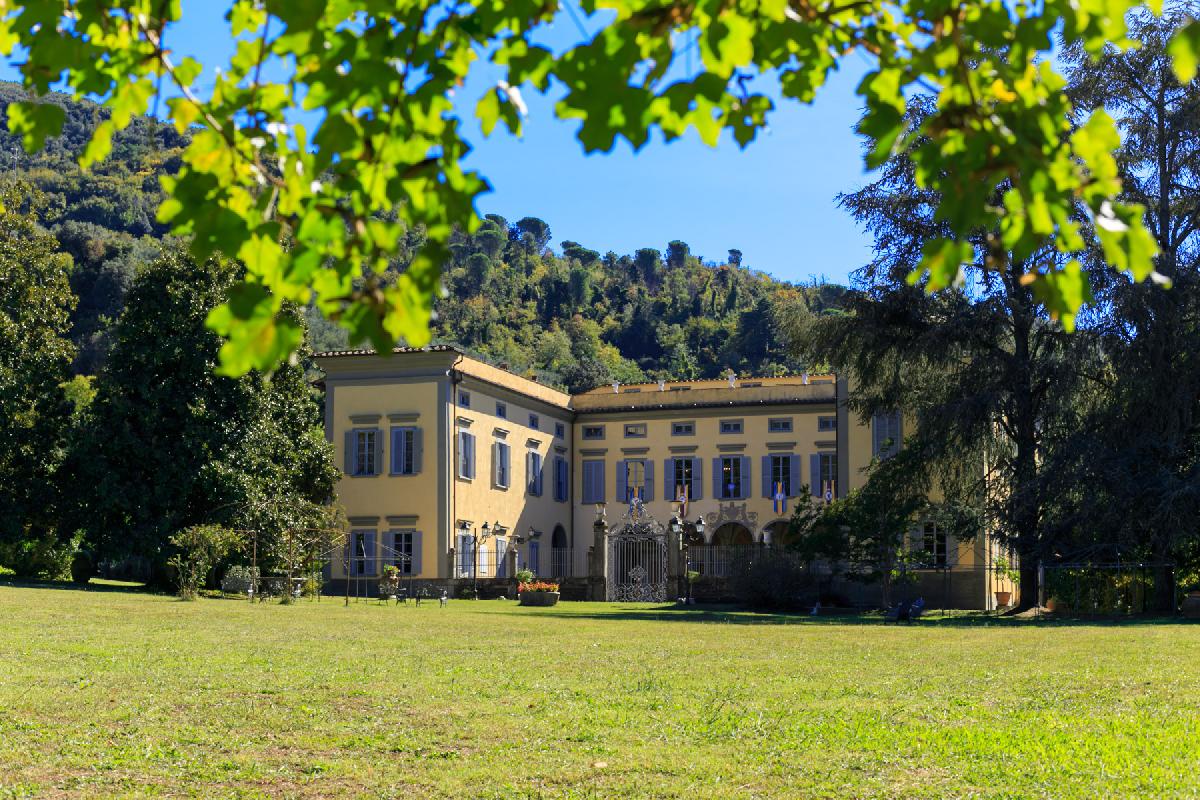 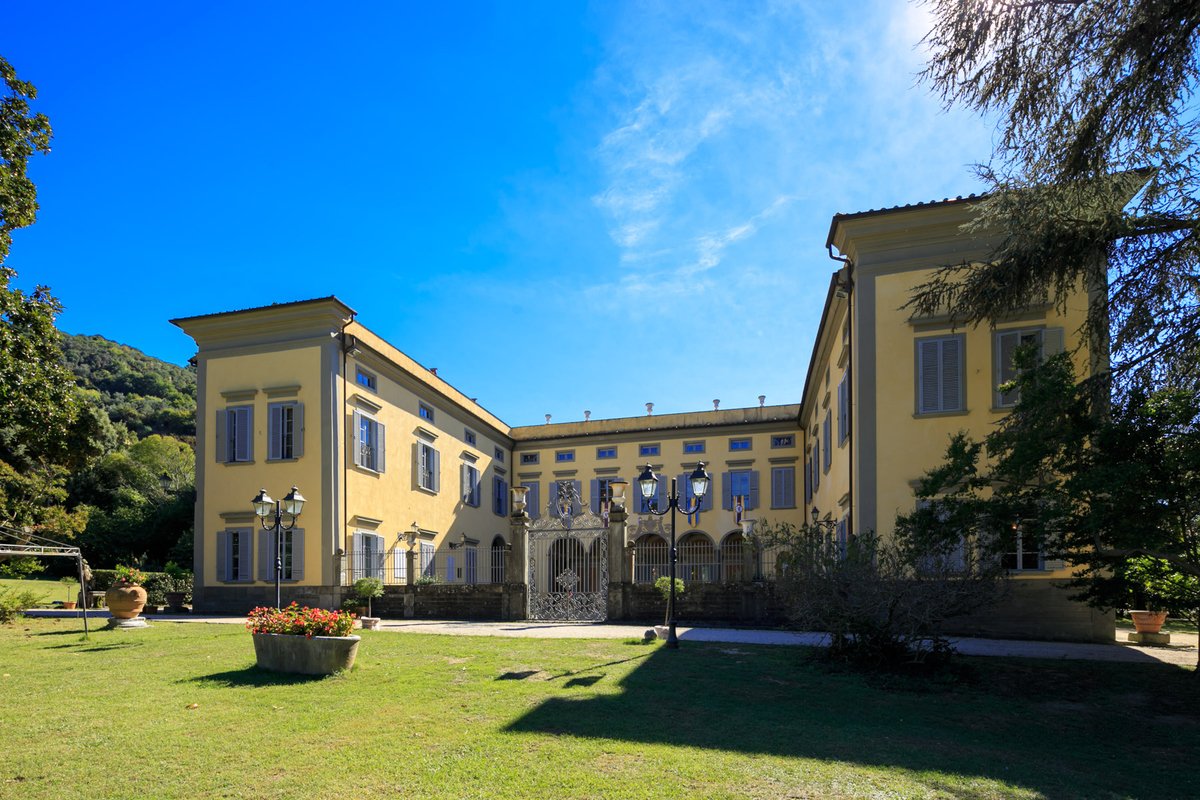 Prestigious domain of the noble family Agliata, in 1840 the domain passes to Princes Corsini then to Pozzo di Borgo family. The project and construction date back to the second half of the 16th century.

The current architectural configuration is due to the important renovations of the eighteenth century: the central body, adorned with a loggia with five Tuscan arches, is joined by two lateral wings which form a large courtyard closed to the park by an imposing castiron fence and gate.

The internal structure and decorations are characterized by its trompe-l'oeils; the frescoes of the villa and the exteriors of the loggia were executed by famous artists.

The house is composed of "Salone delle Feste", entirely decorated with frescoes by the great "Ademollo", with a coffered ceiling decorated in gold leaf, connected to the "Sala della Musica". The Sala di Nettuno and the "Sala del fresco" dating from the 1500s are incredibly beautiful, as are the neighboring rooms, which are also decorated with frescoes. Characterized by a majestic architectural trompe-l'oeil, the large dining room opens its windows on the park.

The Villa, with a surface of more than 2200 m² with 8 bedrooms and 8 bathrooms, is immersed into a 10-hectare park with large magnolias and oaks some of them are 400 years old, a private chapel and 'la Torretta'. The 260 m² tower is a magnificent neo-gothic building, decorated in trompe-l'oeil, and simulates a medieval fortress built on the original plans of a tower of the pisan belvedere of the 1200s., its inside the park, in a panoramic position, about 600 meters from the main Villa.

From the inner courtyard you can reach four apartments, consisting of a dining area with kitchenette, a living room, a bedroom and a bathroom.

The property also has an outbuilding of 200 sqm over two floors with two apartments each with a bedroom, a bathroom and a living room and two warehouses of 95 sqm.

The park is crossed by a stream of spring water forming a natural waterfall.